In life there are days when the only thing you dream about is going to sleep. In day like that you are not really tired, you sleep a lot day earlier and still your eyes are closing.

This week I had a lot of days like this so not everything went how I planned. But well such a life there are better and worse weeks. For sure good information is that I finished all stuff I planned with only half week delay from what I estimated. In this time I done:
That is all I succeeded to accomplish. This may not sound like a lot but this is first step in direction of something bigger. My plan right now is to finish moving animation system to resources and finally bring game to life :]

... Yes, two busy weeks. So let's go to the point: How much project changed in meantime.

My estimations of work was pretty accurate. After two weeks that I spend on porting editor I can for sure say that port is still not finished but at least in usable state which you can see bellow: 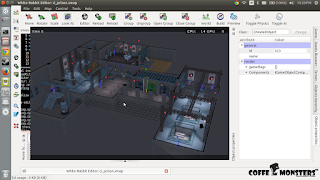 But there are still some bugs which will take some time to figure out how to fix them. To give you example how time consuming such a task can be :

I spend four days tracing why resources weren't released. I were debugging game, writing code for resource tracing and after all that I finally found the source of problem. Of course it wasn't resource system but the difference between Windows and Linux. Atomic functions behave there a little bit different. Change in 2 lines of my low level code, moment of waiting to compile everything and done. Sound simple but it really wasn't.

But well such a life of programmer. Bugs like this are nice because you have occasion to develop some tools that can be use later. In this case I added code which allowing me to log with callstack: creating / increment of ref counting / decrements of ref counting / destroying for specified resources. Because it was nicely implemented it will stay in code and for sure will help me in future problems.

So you can see game works: 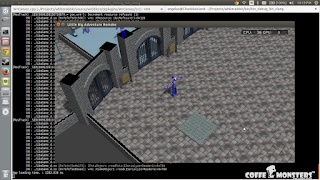 Editor works (Yes I know that drawing area is shifted to right. This is one of bugs that I still don't know why happening and I already spend on it like two days :/) 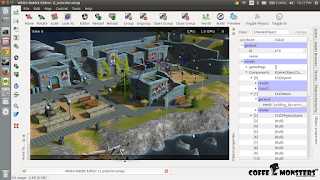 So I think that if there will be no bigger problems soon I should be able to resume animation task :]