This time not long but I'm in meantime of doing animation graphs. I finally got to sweet spot where I'm satisfied with the way I support it and can move forward with whole system :)

Not long ago I shown some low resolution screen shoot of my wiki. You could see there some iteration over maps and buildings. One thing is sure you couldn't see there too much (That was the plan). There was even nice reply:

Looking good! Do you have a link to that wiki page with all the Citadel Island iterations? Looks interesting.

Today I fill this gap a little bit and show how I plan Pharmacy to look in Remake:

Why only pharmacy ? Mostly because I don't want to spoil too much :) Anyway all the iterations you seen on my wiki have similar look to this (I like to call this blueprint model). They are simple representation of world and they will stay like that for some time :) If you curious why I will explain this more in details in next post :)

Last two post mentioning my design process but I never talked about it :) This is good occasion to show some of work I already done to bring back Twinsen to life in HD :]


I don't know about you but for me Twinsen is mysterious character. Everything starting with unclear movie showing end of world. Then we are thrown into escape, reunion with Zoe and here capture. So Twinsen become hero and save beloved. Somewhere in between all that he saving world. Because why not :]

Let's not forget also about his weird house and ancestor Hégésippe which was killed by pirate LeBorgne.

When you write it like this this is complete absurd story. But this is what impress me in the game: with this amount of information when I was finishing game I felt connection with Twinsen.

I started my reply to second comment in post In the end ... but it came out a little bit longer than I initially thought. Because of that I decided to replay on it in proper way because topics both of comment touch are interesting. The two comments are:


"I understand that things were much simpler back then and our imagination do the rest. Also this simplification had been dictated by technology. Improving the characters is a very serious step and I don't knew if it is good or bad, but I really like this Zoe."

"I like the new look. As a concept art is very good. I agree with Алексис, improving characters is risky.
Personally,I wait for new gadgets, new islands, new planets :)"


Let's start with something a little bit unrelated to them.


What I want to achieve with project
(In 4 points with comments).

Remaking of characters is very serious and risky step. I know this but it's not bigger than making the remake of game people love and support after more than 20 years from it release :)

When I started doing remake it suppose to be LBA clone in 3D. Right now I know that this was wrong approach. In current times we can do a lot more than when the original game was release. If you even look on LBA1 (1994) and LBA2 (1997). Three years of difference and game is already so much different. That's why I don't think there is any other choice than recreate game.

To make my point lets look on original Zoe:


And now on versions I made:

Question : Which one is closes to the original ?

When I do redesigning I don't doing it randomly. I try a lot different approach and styles before I ending with final look. For me the newest Zoe have the best look so far. She have this fresh look and in the same time have shaved part of head to give here feel of old Zoe (Which let's say straight was bald).

I'm not saying this is her final look but so far I think it's the best one I have. In the end even when I will decide on one face I still need test different dressing style for her (she probably won't have dress anymore).

As I told in point 1 this is remake so there will be no new planets or islands. Right now I know that there will be 2 island where the second one won't be fully available to walk on (limitation of copyrights).

But don't worry I can say for sure that that the remake will bring a lot surprise to people who know LBA universe ]:-> so they will have new experience playing it.

Email ThisBlogThis!Share to TwitterShare to FacebookShare to Pinterest
Labels: Lba 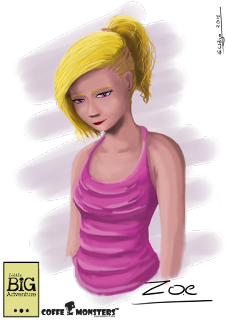 ... I found some time so let's start this week post.

First few word about contest. Yes I didn't forgot about it. But sadly nobody even tried to win sculpture so there is no winner. This was a little bit demotivating because I offered my own time and money and in the fact nobody care. But well lets forget about this and move forward.

Probably some of you are curious what happening with project that I skipped posting and I need to say a lot.

As you know I still working on new animations. Works going not somehow terrific but consistently forward. Soon there should be some visible effects which I will try to show.

The stuff you don't know is that I made few decision about things for game. 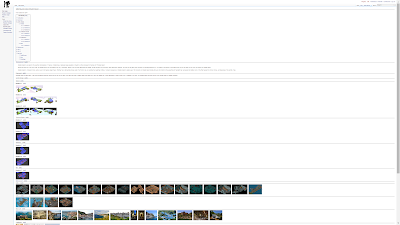 So as you see I do really a lot of stuff on which I think is worth waiting. If you don't think this way your loss because I'm getting really excited about this new level design and all other changes.

And on the end something different: how do you like my new approach to Zoe ? I'm really curious about yours opinion.