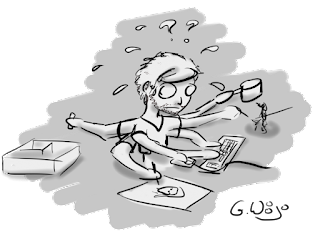 As you notice there is small delay on my posts. And probably this state will continue for at least one more week.

I do right now so many things that I have hard time to find this spare hour to prepare some proper material.

But don't worry a lot of things I do is related to project and it's future. The current results make me really excited but it's still a little bit to early to talk about them. So sorry for this delay and to next post.

Greg
Posted by Angelus at 14:55 No comments:

Email ThisBlogThis!Share to TwitterShare to FacebookShare to Pinterest
Labels: Progress

So today we finishing with races :


Quetch is one of the four main species of the planet Twinsun. Their shape resembles human, and they are characterized by a pony tail haircut.

Quetches are scattered on various islands around the planet, and are not concentrated in one place.

It is among the quetches that Sendell implanted a line of chosen ones, capable of rising up if required to defend the planet. Twinsen, the hero of the Little Big Adventure series, is a quetch who discovers that he is the chosen one destined to defeat the tyrant Dr. FunFrock.

In realm of Little Big Adventure remake Quetches will be humans.

I tried once to hold the original design like you see on right but well let's say this failed. Comments like:


Polaris: That's how quetches look...
Jesse: Yes....but somehow they never made her look bald. It was still feminine.

and the last one :


Aaron2: But Zoe is more fat than the zoe shown in the image! And i know the character but this image doesn't look like her !


Reality is that in low resolution graphics some things works but when you move them to higher resolution they fail. So decision to make them human is just safest choice to make the world easier to accept for people.

Because of this anatomy is really simple so there is no point to put here only human skeleton. That's why I decided to show summarizing pictures for all races: 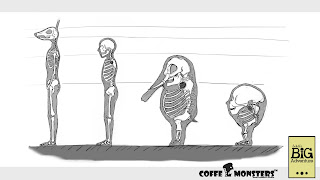 Small digression: Any of you know how many Quetches are in LBA 1 ?

So well this finalized the all races :] Next week probably small break so I had more time for programming :] Till the next post.

Once again lets check what our old good  http://twinsunica.waxo.nl/ have to say:


Grobo - An elephant-like race. These characters are gentle oafs who try to stay out of trouble. They do, however, have their character and their own particular quirks: they enjoy picking, gathering and DIY jobs. In fact they enjoy everything. They are cooperative and hard-working even if some of them are not exactly Nobel prize winners."
- Official LBA 2 site

The Grobos are spread everywhere around the planet, and are not centered in one place. In Little Big Adventure 1, grobo clones are also very common.

So once again we get bunch of useful information. But in the same time we missing a lot of them. There is no culture, history anything. But well we will cover this topic probably in one of following posts. 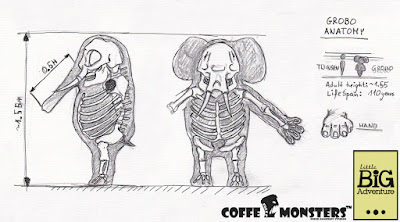 As you see most of it is: straight forward. Standing elephant with some small modifications so it make sense. Only really big issue were hands. How to make them look nice with rest of the body and in the same time functional?

I thought a lot about it but didn't had good idea. And here again came with helpful hand my friend and great artist (which I could probably even call my art master :) ) Teo Yong Jin. After talk with him about my problem, he once again resolve it with one picture of Jim Henson work. And in the fact this was what I was searching for. Problem solved.

Small digression: It's funny how sometimes we try resolve some hard problem on which another have answer right away :D You just need to ask right people.

So we have all information about how they are build. The rest information is height which is almost the same as Quetches ~1.55-1.60 meter. With lifespan I decided they will be the longest living race  ~110 years just because it somehow fell right. The rest will be the same as in Twinsunica description because I like it.

Grobos anatomy was funny to do :D But well the race itself still hiding a lot of secrets we will try to uncover in next posts in series. Yeah I decided to continue with it even after we will finish with races.

There is still so much to uncover: galaxy, planet, flora, fauna, history, religion, believes. All of them looks fun to do. If you want to hear any of them first just give info in comment. But well next week we finishing with races: Quetches.

Till the next time
Greg
Posted by Angelus at 13:04 No comments: