We are week from Tech Demo 2 release and I need to say that receive of it was great. Project page on indieDB had 5.8 thousand views and 68 downloads of TD2 (where previous one have 106 so far). Youtube around 694 views and 19 comments (I don't counting my replies). Facebook Release post was seen by around 650 people.

Sadly I know that a lot of this people are just visitors that will only check what whole release is about. They won't stick around and I don't mind that because in between them there are people that care about project and for me this are people that I care about. This familiar faces I see often when I posting new stuff they are for me biggest reason I still didn't give up on development.

Now after resting and resuming work it is time to calmly look into whole TD2 release process and form some conclusions so next release was even better. This time sadly there is no problem with pointing out what was the biggest issue:

Working alone on the project have issue that you never can do all the stuff in the same time. So far physics in my engine was mostly meaning collisions. Then I switched to RigidBody controlled characters and stuff get a little bit complicated but well there was still just mostly running and jumping.

TD2 brought new changes climbing, physical objects and kind of real life test of whole system. Sadly its failed this tests. I knew form begin that this release will suffer from some kind of physics issues. In the end turned out to be worse than I thought.

Just memory of how much issues I had with whole physics setup make me feel down. Tools that I designed to work with physics turned out to be useless piece of sh.. and any attempt to slightly improve it for release proved me this more and more. Another problem were my skills with each issue I knew more and more how little I know about bullet (physics library).
Reason behind this whole situation is my lack of knowledge about physics algorithms and missing physics debugging tools. This will be one of few big topics that I would like to improve.

Like is light word I would say I MUST improve. But I think I know how so this is good. My plan include creating system of physics material which specify properties of objects, better visualization of physics and adding more tools to troubleshoot issues.

Tool chain proved to be really useful tool to quickly achieve nice results. Sadly in some areas they were let call it nicely: "untested". Stability problems were accompany me whole the time but I wasn't surprised too much.

When I work on new features I very often don't testing all features of editor just to save time. This behavior is kind of ok for development but then you need to use tools to do some real stuff and it backstabbing you all the time then. Features don't working, crashing editor, behave unpredictable because some parameters changed.

I thought about solution to this issue and I want to do some tools run-time tests to check if tools still working. Sadly I still don't have idea how to do it so I wouldn't need to spends a lot of time to manage it.

Resource system with exception of few glitches worked out fine. Sadly untested on stand alone system made me small surprise right before release and refused to work.

Mix between old and new resources turned out to be pretty toxic. I think that I have it now under control but I'm not full satisfied with fix.

Render system is another topics that I'm not fully satisfied with. This time problem is in my knowledge about PBR (Physics Base Rendering) algorithms. I struggle to achieve what I wanted and even if it looks not bad it have glitches which make me furious.

TD2 release leaving me with mixed feelings. I'm really proud that I managed to release whole build on time with all this features and pretty good stability. In the same time I regret that there is so much physics issues, some missing pieces that I would love to have and problems that I could probably avoid.

What left now is use this whole experience that I gain from it, tackle issues that I wrote about and prepare to ship TD3 :D Work on it already started.

Greg
Posted by Angelus at 05:53 No comments:

When I starting write this post it is 22 October 2017 5.30 AM in morning I'm tired but excited in the same time. After this long waiting I can finally present you "Tech demo 2" and I need to say that its bigger and more complicated than I thought it will be. Because of that and few other things this build is really special for me and would love if it would became the same for you.

That is why this time there will be no long presentation what is done, there won't be long video or even my voice there. I'm simple giving in your hands piece of software on which I spends hundreds of hours and small teaser. This time with original music from Phil Vochey (I want to believe that I won't have problems because of that :D ). And here my job ending now you can have fun with it, record your own videos, share it with others and like always comments. I'm really curious what do you think about this another step to create real remake.


I'm sadly aware of some problems that can be seen in build. But standing in decision of postponing release or share build in current state I decided it will be wiser to release it in this form and deal with issues in next release. This way I won't be tempted to move build and you will see how project changed.

From technical point of view I sadly cannot say that this was smoothest release ever. Because of big amount of new stuff that I pushed into this build I had tons of problem. But this was expected and gave me a lot of knowledge of weaknesses of tools and technology. On other hands some other parts worked extremely well and speed up whole publishing process.

Now I stand in front of hardest challenge. I need to write postmortem and decide how to fix all this issues. But this will be done somewhere in next 2 weeks... I need some rest.

Another day, another evening, with each next tick of clock, less and less time left for work on Tech Demo 2 and there is so much to do...  Last weekend  - fighting with some physics bugs and adding additional unit tests which resulted in another bunch of code fixes... Yesterday evening -  improvement to editor controls ... Today ...

At this moment I feel a little bit disappointed that I won't be able to push everything into TD2. Well as one person team I cannot help too much with this... I taking another slip of mead ... it is so good.

... hmm this is good question what I will be working Today. Input system ? Gui ? Maybe both. There are three closely related problems I would need to tackle:
Not the most exciting tasks but I know they are needed so time to start working on it ... TD2 coming this weekend - there is no time to waste.

This time really short and I probably should apologies for that but I won't :D  With TD2 coming I'm really busy and limited with time but still wanted to give you some update. You hanging around project even when it is not always easiest thing to do so you deserved it.

Greg
Straight from TD2 battlefield.
Posted by Angelus at 13:08 1 comment: 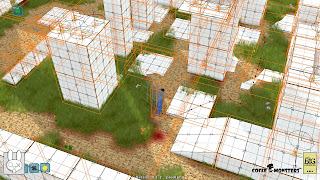 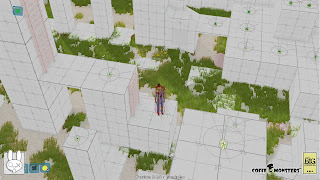 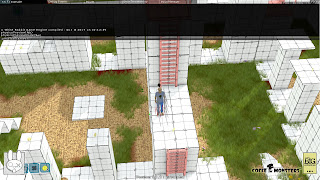