This was pretty long week from last post. There was really a lot of issues that were fixed in code. There is still a lot to go but well at least I have some results of my work that I can show you. Prepare: 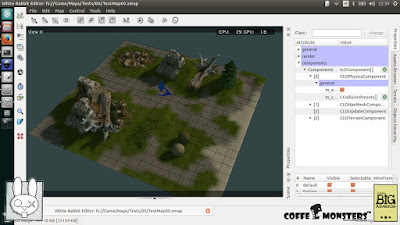 Yeeee.... I know. It looks almost exactly like any other screen I done so far for editor. But guest what it's not because I replaced some of the icon with new one just for break from debugging...

Yeeee .... still even with that it almost the same thing but running on Linux. So welcome in my reality where I spends hours which resulting with the same stuff on my screen over and over again. 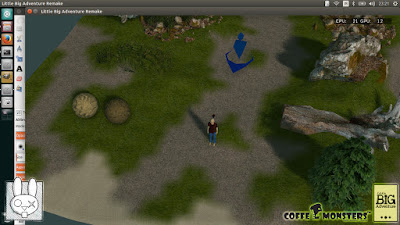 Good news is its slowly coming together and work. This bring some hope for future. Maybe soon I will do some new stuff. But first things I need to do so more fixes because there are still few issues to fix.

Sorry for no update but I was a little bit busy recently. But well I think this is a good occasion to reveal some of mystery about missing preview, updates and why the hell I cannot work on my normal PC for longer time :)

As you know I started once again bringing back to life Linux build. This have a some advantages like finding of few nasty bugs, better validation of code in clang (Linux compiler I using) and require from me more abstract thinking. It have also some cons like: time it require to validate each change I doing. This was biggest reason I stopped working on it but well right now I don't have a lot of choice because my stuff will be transported to different location and wait for me to settle down in new place.

How this will affect this project ? It will result in some delay in work. Reason behind this is I'm still not feel fully comfortable with coding and debugging in Linux but well I slowly getting there. So yeah other then that things still going forward. I will try to post some new screen-shots form game (this laptop is not strong enough to do movie recording and running game in the same time). And yeah see you soon.

Greg
Posted by Angelus at 14:04 No comments:

From other news soon I will be moving to Denmark and I'm in middle of organizing everything related to that. So far preparation going smoothly and it looks that I may have access to my normal PC quicker than I initially thought.

I also started learning how to play keyboard. Nothing serious but I have a lot of fun doing that so probably try to continue doing it in my free time.


Generally I know all the boring stuff and you probably expected some game related updates. 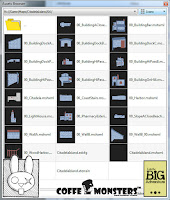 I more or less recovered icons generation. This thing was bothered me for so long time. It was working than because of all my changes it broke. Then I fix it just to broke it again and it was in this state till now. But now its works ... kind of. There ares some issues with background rendering which shown me also that similar issues may happens when I have multiple rendering windows in editor. This is not easiest thing to fix because it require some changes how I handling rendering and few other things in this code area. I already started some works to fix issue but this is just tip of iceberg and whole problem will be probably on radar for some time.

From other things is that I started preparing test scene containing free megascans models. My plan is to use it as reference to improve rendering in game. In the end it ended like always with some side task which will took me few evenings.

Terrain materials were working in editor for some time but edition of them not so much. I don't count of course text editor that I used to modify it manually earlier. So yeah now there is proper edition window which utilize icons generation system which I mentioned earlier. 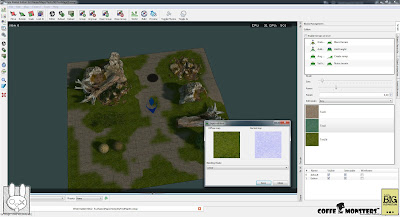 Now I need to add rest missing functionalities in this area because f.ex. deleting of materials from UI may be useful functionality :) After that I will be able to move back to improving rendering. Good thing is that looking on screens from game even now there is no tragedy (at least not really really big one). 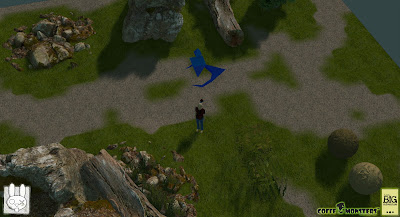 There is a lot more improvement in low level system here and there but they are hard to visualize. So you will need to wait a little bit longer for result of them. And with this I will end this post and finally go sleep.

Greg
Posted by Angelus at 17:51 No comments: