What is the plan ?


When will the final version be released?﻿

TD1 (Tech Demo 1 - which you can download here) was spontaneous release without bigger plan. Like I mentioned in "Tech Demo 1 + Postmortem" whole release was successful even with its issues and relatively small amount of people downloading it (at this day 68 people). The most cool think about whole TD1 is that I finally could share my work and hear what you think about it. The most complain was about : Mouse & Keyboard support.

And here good news folks : I finally took care of it and implemented new input system. I also started testing game with gamepad and Mouse & Keyboard to verify that both controls delivering the best experience they could. 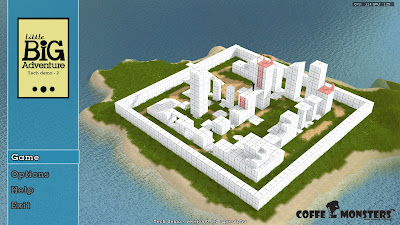 Currently I work on TD2 (Tech demo 2) which is a lot different than TD1 because it have theme: "Movement".

Plan is to tackle as much issues related to player control as possible. Bellow list of things that in 99.9% will land in this build:

This may look like small amount of improvement but it isn't. Also this is not final list and will probably grown with time.

Another thing that I need to take care of is how to protect myself from breaking any of engine/tools functionality. I'm one guy and it would be wast of time for me to iterate over all of functionality each time I do any update. This is why I will follow example of Unity Technologies and start making more test for my code. This may not sound like a big work but it will consume time from my development. Good thing about this is that when I will have good test coverage it should save me a lot of time.

Hard to say for sure what will bring future but this is my current plan.

Theme for TD4 will be "World in War" and it will contain:

Ok but this is not everything I will be working on. My plan is to work in background on:

So if you ask me when game will be release sadly I still don't know :( But I can say for sure that not this year.
Greg
Posted by Angelus at 15:38 2 comments:

Not even month passed from my last post. For me it feel like it was ages ago. Bellow you will find really short summary why :)


Art
Done some work on concept art and sculpting. Generally still a lot of work to do to achieve quality I want to have. But well... life. 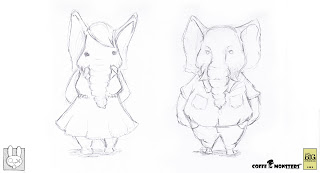 Game story
Around 80-90% of work is done. Finished "syncing" with Little Big Adventure 2. This allow me to noticed few issues with my version of story. I fixed already some of them and what left should be solved soon. Next step will be polishing and we should be ready to move to initial dialogues.

P.S. I got already to level where I'm able to even logically explain why there are lamps on planet.


Mouse & Keyboard support
Let's move to next point. Here there is not too much to tell (still considering how to do it).

Animation system improvements
Going slowly but steady :) Right now I'm at a point where I can reproduce almost all stuff from old system and even do a little bit more. Next step: change this prototype in something more polished. 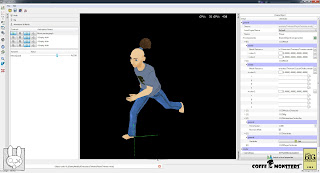 And this is all for this post :) see you next time.